Virginity is not what it used to be in the good old days, our grandmas would say, shaking their heads in a quiet disapproval of the morals of today’s generation. A research by the Durex carried out in 44 countries shows that the average age at which people lose their virginity nowadays is 18, 4 years[1]. In Iceland, they seem to be the most eager to have their cherry popped (15, 6), while the biggest number of late bloomers are to be found in Malaysia, where they have their first sexual intercourse at the remarkable age of 23! In our modern Western society, being still a virgin at a mature age is a really, really rare occurrence and most often it is a result of a personal choice.

Being famous and virgin is even a rarer occurrence.  It sounds like an oxymoron, for the expression puts together concepts which, to us, appear to be contradictory. One very common association with the word fame that naturally comes to mind is sex. Besides being insanely rich, of course. After all, what is the use of being famous if you can’t take full advantage of all the guilty pleasures success serves you on a silver plate? And yet, the archives show that some of the most prominent and important people in the history of humankind have left this world without having done it!

The rumor has it that one of the most celebrated and enigmatic inventors of all times died without ever been romantically involved with another human being. He must have been really busy putting his genius ideas into practice, and had no time left for love affairs. Tesla worked every day from 9 a.m. till 6 p.m. or even later and always had dinner at precisely 8:10 at the same restaurant day after day, year after year. And he always dined alone. He would throw dinner parties for colleagues or associates now and then, but only for the sole purpose of meeting his social obligations. It is obvious he wasn’t much of a people person.  Near the end of his life, Tesla substituted the company of the humans he met at these rare social gatherings with the one of pigeons – his favorite pastime was walking to the park every day to feed them. 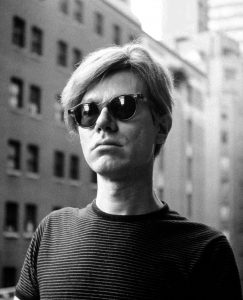 Little is known not only about the sexuality of the most important and certainly one of the most eccentric figures of the American pop art Andy Warhol, but about his personal life too. He never actually denied he was gay, but on a few occasions he also didn’t miss the opportunity to shock mentioning, and not without a certain sense of vanity, that he was a virgin. However, even almost 30 years after Warhol’s death, evil tongues would still insist on revealing the truth once and forever. They claim that the artist’s assertion of virginity should be challenged, as it seems to contradict the hospital records from year 1960 when he was treated for a sexually transmitted disease. The testimonies of his lovers (including his most beloved muse – the costume jewellеry and fashion designer Billy Boy) also speak of the opposite, i.e. that Andy Warhol was pretty much sexually active.

The first director of the American FBI is on the totally opposite side of the spectrum when it comes to dealing with defamatory rumors. Ever since the early 1940’s there had been rumors about his homosexuality and his fetish for cross-dressing.  He was believed to have had an affair with his assistant Clyde Tolson, who later became an associated director of the FBI. Well aware of the rumors, Hoover was pretty determined to hunt down anyone who made insinuations about his sexual preferences. Once, he got so enraged by a certain magazine article where a short comment was made on his “conspicuous perfume”, that he did his best to dig out derogatory information about the journalist. Hoover claimed the guy offended him deeply, because he would never wear a perfume. Which, of course, was not true!

In a biographical book on Edgar Hoover’s life, published in 1988, the authors claimed with a great degree of certainty that FBI’s most important person never actually experienced sexual desire and most probably died a virgin.[2]

I know what you are thinking – how is it possible that the guy who allegedly invented one of the most godly tasting beverages ever, deprived himself of another godly pleasure! And yet, it is true. The French Benedictine monk Dom Perignon stayed virgin all through his 77-year long life. Of course, this seemingly misfortunate circumstance can be attributed to his vocation – being a Catholic monk in the Middle Ages was a hard twenty-four-seven job, because of which one moreover had to embrace celibacy as a token of one’s dedication to God.  However, the fact that the guy was virgin is certainly less shocking than the fact he was erroneously given the credit as the first who made the famous sparkling wine. The truth is that the Benedictine monk was just the person who worked hard to prevent the process of a secondary fermentation.

It would be mildly put to say that the author of Alice’s Adventures in Wonderland was just weird. He was more than that. If he lived nowadays, he probably would have been given many bad names and even branded as a child molester. His inclination to photograph scarcely dressed children is a proven fact. He, however, always tried furiously to convince his friends that his interest in young, nude female models was completely free from eroticism. The biographers, however, do not spare us the truth – the famous author expressed in epistolary form his desire to marry an 11-year old girl who is believed to be the prototype of the Alice character. We are in the dark as to whether his cravings were met, but what is known for sure is that he never got involved in a relationship with a grown-up person. No wonder he never got lucky.

It is not without a reason why they call Joan of Arc “The Maid of Orléans”. The notoriously brave girl is among the most celebrated heroes of France. Military leader and a canonized saint, Joan of Arc was destined to bare one more label, the one of a virgin-martyr, which, no doubt, adds to the legendary image she acquired through the centuries. Innumerable books and movies have told the story of the maid who tragically died, burnt at the stake in 1431. A recent research, however, throws some more light on the circumstances around her dying a virgin at the age of 19. According to some modern historians, Joan might have suffered from the so-called Moriss Syndrome. It is a condition that results in genital masculinization, lack of menstruation and scarce body hair growth. As a whole, women with this syndrome tend to be very tenacious, extremely strong and with well-built muscular bodies. Moreover, these women experience little or no sexual desire. This explains why Joan fought like a guy, but was never attracted to one.