When I was 22, I had a very serious intention to marry a gay guy. And it wasn’t just a whim of mine, I actually did have somebody in particular in mind. But things didn’t work out (as if they ever have!). 20 years later, here I am – living alone in my spacious apartment only with my obnoxious cat and five bottles of Irish whisky to keep me company. I could have had a fulfilling life had I shared it with that gay guy I was head-over-heels in love with, you know. But I wrongly chose to look for somebody else whose levels of testosterone would hit the ceiling and yet, would smell nice at all times, have his shirt neatly tucked in, and be well-groomed and well-spoken. It took me approximately a decade to find out that on this planet of ours, no such creature exists.

The main idea of this post is not to describe how I sit all day on the sofa crying over a long missed opportunity, but to make my fellow sisters contemplate alternative ways of spending the rest of their lives.

So, here are six reasons why marry a homosexual man, which, according to me (and I have become an expert in the field, believe me!), every self-respected woman should seriously consider before deciding to dedicate herself to celibacy only because she has had a couple of unfulfilling and disappointing relationships with straight men.

This may sound trivial, but is, in fact, of great importance, as you can spend the whole evening cuddling! and watching shows such as Modern Family, Grey’s Anatomy and Downtown Abbey.

A cliché which is always true! It means that you will never find yourself on an embarrassing family photo. Or if it is embarrassing after all, it will be YOUR fault, not his – either because the red nuance of your lipstick doesn’t suit your skin complexion, or because the eclairs you’ve been recently treating yourself generously will have finally come back with vengeance. And it shows!

Yes, your gay husband may love cock, but at the end of a weary day he’ll come back home to you and will still smell of Hermes and innocence. Seriously, do you really think that your man sleeping with other men should be considered cheating? It is just another recreational activity like playing squash or making vegetarian lasagna on Saturday.

This may seem a totally irrelevant condition for a healthy relationship, but if you give it a second thought, you’ll eventually come up to the conclusion that throughout history women have suffered a great deal because their men are metaphorically color-blind. Those unconsidered men would frown or even yell at you just because they do not understand how it is possible for you to buy three similar bags in blue. A gay man, on the contrary, would be utterly empathic as he’d know that the bags are far from similar, for they are in the order of purchasing: “Persian Blue”, “Royal Blue”, and “Dodger Blue”.

No need to further elaborate on this assumption, I think, because it is pretty self-explanatory.

The scientists have finally come up with a logical and one-hundred percent truthful answer to the question Michael Bolton first sang in his highly distinguished raspy voice some twenty years ago: How can we be lovers if we can’t be friends? Show me a girl who’ll need diamonds when she already has a true gay friend by her side? Let’s be honest – a huge percentage of marriages fail because the partners don’t know how to be friends or stay friends after they have stopped being lovers.

At the end of the day some people go to sleep with something precious for them under the pillow – be it a just fallen milk tooth, an I-phone, or the September issue of Hustler magazine. Listen to me, girls, there is no use of going to bed with a love charm! What you need in fact is a picture of your best gay friend to put under your pillow and pray for him to break up with the yummy fitness instructor he’s been seeing.  And if the Universe is benevolent to you and makes it happen, do not hesitate and marry him. And do it before he starts going to another gym! 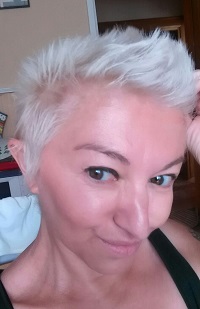